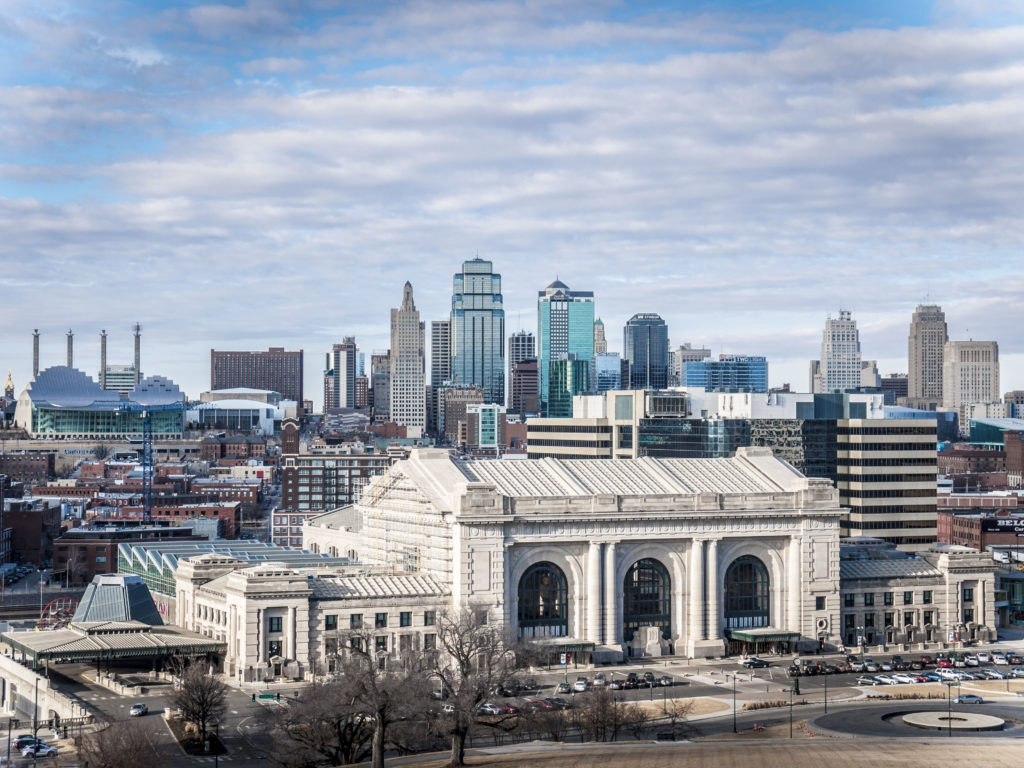 Soon after World War I ended, a group of 40 prominent Kansas City residents formed the Liberty Memorial Association (LMA) to create a memorial to those who had served in the war. They chose lumber baron and philanthropist Robert A. Long, who had personally given a large sum of money, as president. Others included:

In attendance at the groundbreaking ceremony on November 1, 1921, were 200,000 people, including then-Vice President Calvin Coolidge, Lieutenant General Baron Jacques of Belgium, Admiral of the Fleet Lord Beatty of Great Britain, General Armando Diaz of Italy, Marshal Ferdinand Foch of France, and General of the Armies John Pershing of the United States, along with sixty thousand members of the American Legion. The local veteran chosen to present flags to the commanders was a Kansas City haberdasher, Harry S. Truman, who would later serve as 33rd President of the United States, (1945-1952). The finished monument was dedicated on November 11, 1926, by now 30th President Coolidge, in the presence of Queen Marie of Romania. Coolidge announced that the memorial “…has not been raised to commemorate war and victory, but rather the results of war and victory which are embodied in peace and liberty…. Today I return in order that I may place the official sanction of the national government upon one of the most elaborate and impressive memorials that adorn our country. The magnitude of this memorial, and the broad base of popular support on which it rests, can scarcely fail to excite national wonder and admiration.”

On December 19, 2014, President Barack Obama signed legislation recognizing it as a national memorial, which effectively redesignated the entire site as the National World War I Museum and Memorial.

We use cookies on our website to give you the most relevant experience by remembering your preferences and repeat visits. By clicking “Accept”, you consent to the use of ALL the cookies.
Cookie settingsACCEPT
Manage consent